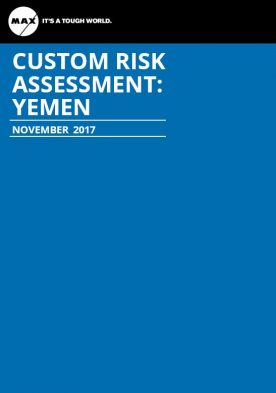 Yemen is currently impacted by numerous issues, first and foremost the ongoing conflict between anti- and pro-Houthi forces, as well as militancy, political instability, crime, famine, disease, and occasions of civil unrest.

In terms of militancy and fighting, two main factions with competing interests and allegiances, as well as Sunni jihadist militant groups operate across the country; these can be broken into three major groups:

This report details the main axes of fighting in the Yemen conflict and examines what will happen over the coming year, in terms of fighting, militancy, and political developments.