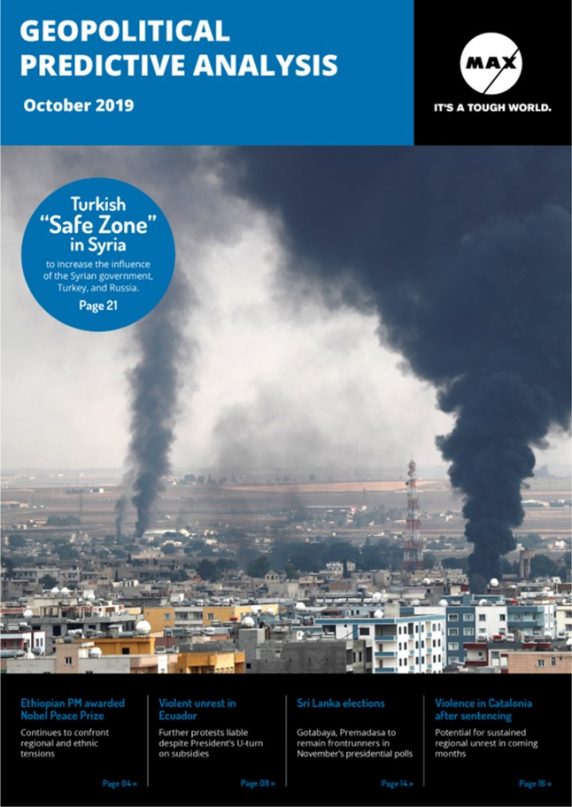 Turkish “Safe Zone” in Syria: To increase the influence of the Syrian government, Turkey, and Russia

Violence in Catalonia after sentencing: Potential for sustained regional unrest in coming months