Burundi Alert (UPDATE): At least two killed in simultaneous grenade attacks in Bujumbura on evening hours of May 25 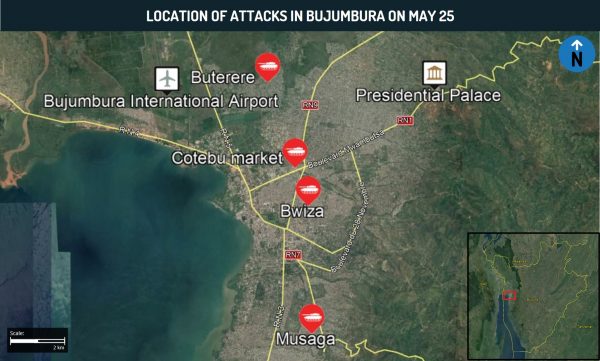