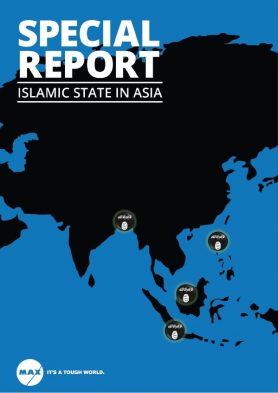 The rise of the Islamic State (IS) group in Syria and Iraq and induced impact of transnational Islamist militancy in Asia appears to have grown. The group’s use of social media as a primary enabler of radicalization resulted in approximately 1,000 people from Southeast Asia reportedly joining the rank and file of the group in Syria.

Over the recent months, Bangladesh, Indonesia, Malaysia, and the Philippines, each with a significant Muslim population, have seen attacks that can be described as inspired by IS. Given that there remains little evidence to indicate the direct operational footprint of IS, this points to the ability of the group’s propaganda to influence lone wolf attacks. Furthermore, there remains evidence of factions of Abu Sayyaf in the Philippines pledging allegiance to IS since 2014 and kidnapping and beheading foreign nationals, similar to the group’s modus operandi in Syria. In the aftermath of attacks, such as the killing of foreign nationals and minorities since 2013 in Dhaka and the Jakarta attack on January 14, IS have claimed responsibility for the attacks. Additionally, reports from June 21 indicate the release of an IS video encouraging radicalized Southeast Asians to go to the Philippines. These developments highlight the pivot that IS appears to be making towards Southeast Asia, even if there remains little evidence to show that the group is directly communicating with affiliates or sympathizers. In light of this call for militants to return to Asia, there remains an elevated threat that foreign fighters may likely return to the region with the requisite training and regroup with local Islamist militant groups to execute attacks against soft targets such as population centers in major cities in Asia in the near term.

Furthermore, there is a growing concern of this threat spreading to additional cities in Asia with a significant presence of Western businesses and an expatriate community, such as Japan, Singapore, and South Korea. While the British Foreign and Commonwealth Office has already upgraded the militant threat in Singapore from ‘underlying’ to ‘general’, the possibly of IS attempting to carry out an attack, or alternatively claiming responsibility for one, in East Asia is gradually becoming more and more plausible. Even if its direct operational links in the region are still limited, the Islamic State will likely continue to seek to project themselves in new territories outside the Middle East.